Skip to content
NO INSURANCE? NO PROBLEM. JOIN TODAY AND SAVE 35%

Why Are My Gums Bleeding? 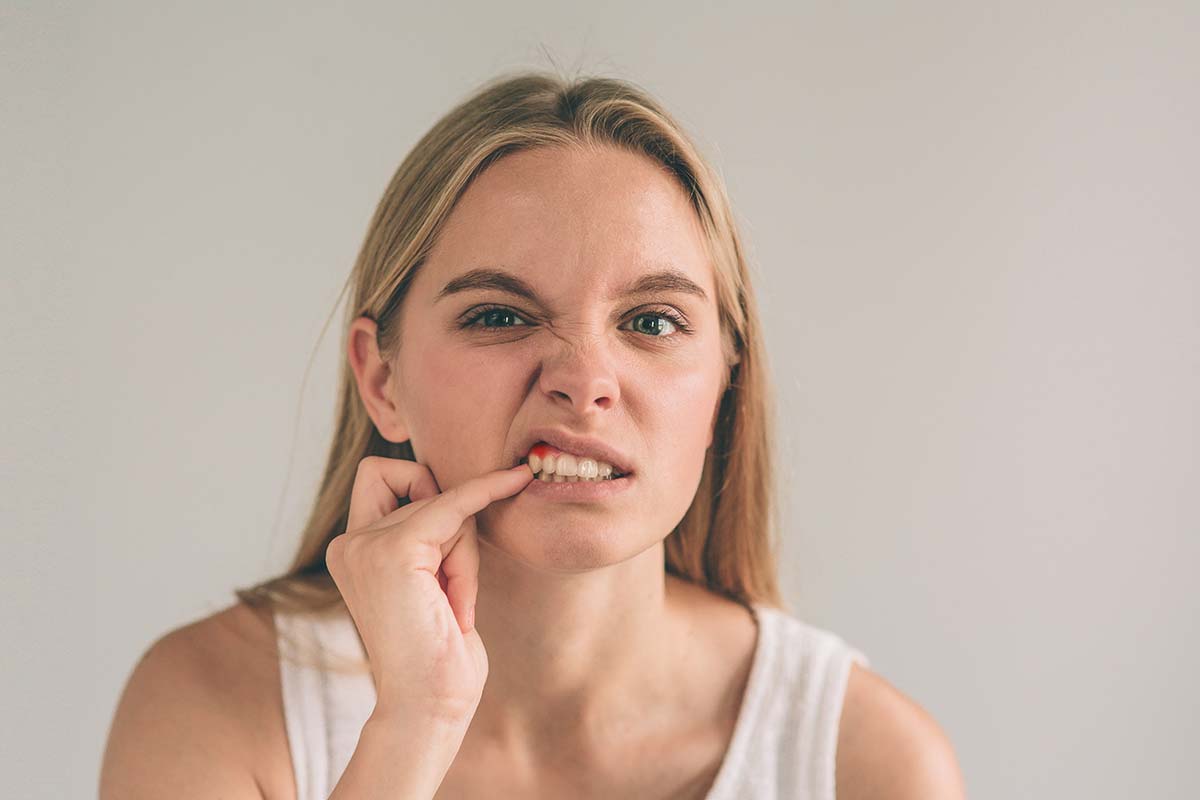 It is definitely concerning if you notice that your gums bleed whenever you are brushing or flossing. What are some common causes of bleeding gums? There are a variety of reasons that you may experience bleeding gums when you brush or floss. Some of these causes are temporary and minor, while others represent a more serious concern. If you have concerns regarding your oral care, you need to make an appointment with your dentist at Lovett Dental Gulfgate.

It is not abnormal to experience some degree of bleeding whenever you brush or floss your teeth too vigorously. What is concerning is if this becomes a chronic condition. Frequent gum bleeding can be an indication of significant health problems, including:

Gum disease is a serious condition that, if left undetected and untreated, can eventually become an irreversible problem leading to the loss of teeth. The first stage of gum disease is known as gingivitis. A sticky film called plaque can accumulate on your teeth and around the gum line when it is not removed whenever you brush and floss. This can lead to an infection of the gums and gingivitis.

During the development of gingivitis, it is normal to experience gums that are swollen, red, and tender. They may also bleed when you are cleaning your teeth. The good news is that this early stage of gum disease is very responsive to proper brushing and flossing, as well as keeping up with your routine dental checkups.

Vitamin deficiencies are not as common as they once were, but they still occur and are more common among those who are elderly or are currently in poor overall health. Vitamin deficiencies of vitamin C and vitamin K are possible causes of bleeding gums. Your doctor can check your vitamin C and K levels if it has been determined that your bleeding gums are not due to improper dental care. These key vitamins can be taken in sufficient amounts by eating food sources that are rich in them or by supplementation.

If you are wearing dentures, you may occasionally experience gums that bleed, particularly when your dentures fit too snugly. If this is the case, let your dentist know that this is occurring so that a better fit can be provided.

Pregnancy is also known to sometimes cause gum bleeding. Pregnancy-related hormone changes can lead to increased gum sensitivity or bleeding.

Another possible cause of bleeding gums includes certain disorders like leukemia and hemophilia. Certain medications like blood thinners have also been known to make gums bleed. These types of drugs include aspirin, warfarin, and heparin. If you are experiencing bleeding gums that are not due to improper oral health, contact your prescribing doctor to let them know what is happening.

Proper oral hygiene is the best way to prevent bleeding gums. Be sure that you are visiting your dentist regularly for your professional dental cleanings. This allows us the opportunity to detect gum disease in its early stages when it is reversible. We may also recommend that you use an antiseptic mouthwash to help prevent plaque from accumulating in your mouth. Rinsing with warm salt water also helps to alleviate swollen gums that easily bleed.

Have you been experiencing bleeding gums when you brush or floss? Or do your dentures have an uncomfortable fit that may be causing your gums to bleed? An experienced dental professional can help with these problems. Call Lovett Dental Gulfgate at 713-847-8822 today to schedule an appointment and receive important oral care.

How to Know When to Switch From a Pediatric Dentist
August 9, 2021